Students, faculty and public visitors came together at the Flint Institute of Arts on April 13th for an evening of scholarly presentations about Art History and Arts Administration.  The goal of this symposium is to showcase student research and to generate public awareness about the rich art collection at the Flint Institute of Arts.  The presenters were both undergraduate and graduate students who participated for the love of learning and to gain professional experience for graduate studies and their careers.  The evening’s program consisted of four presentations, each offering quite different topics.  The audience was given a chance to ask questions and our scholars shined with their poise and knowledgeable responses.

This annual event has become a mainstay for student opportunities.  In its 6th year, students answer a Call for Papers by submitting an abstract of their research.  It may be a paper or project they have completed for a class or a new paper they may wish to research specifically for the symposium.  If accepted as a presenter, the student receives support from faculty to refine their work and produce an accompanying powerpoint presentation.  Conciseness is key when editing a research paper to work within a time-frame of 15 or 20 minutes, it’s hard work, but the experience is well worth it. Sponsors of the event:

being hosted at the Flint Institute of Arts

The event is free and open to the public. Light refreshments served. Presenters will talk about the history of landscape art in North America, the portrayal of women and gender in 18th-century France, the role of art in public education, and experiments in museum studies. This year’s presenters come from the MA in Arts Administration program, the Bachelor of Science in Art Education, as well as the Bachelor of Fine Arts in Fine Arts. CONGRATULATIONS!
The University of Michigan-Flint’s Annual Student Art Exhibition presented the following awards on May 13, 2016:

AWARDS IN ARTISTIC DISCIPLINES – Visual Arts achievement awards celebrate students of high academic achievement who have demonstrated creative / academic excellence in an award category. These artists are exemplary in their field.

AWARDS IN FIELDS OF STUDY – Recipients of the awards in art history and art education are leaders in their fields both academically and in terms of overall achievement in the discipline.  Such students demonstrate a love of learning for the discipline, and a talent for its study. *Academic awards are based on recommendations from faculty in art and art history.

ACHIEVEMENT IN RESEARCH –  In recognition for their successful presentation at this year’s symposium.  Each presented undergraduate or graduate research of the highest caliber to the Flint community at the Flint Institute of Arts.

JURIED AWARDS – Juried awards are selected by representatives from the academic offices, or by this year’s external juror Donovan Entrekin, Director of the Art School at the Flint Institute of Arts. It was no ordinary, windy evening in Flint.  Downtown, ArtWalk had drawn people out for numerous events, restaurants were poised for hungry customers, signs had appeared on sidewalks and buildings. a wedding party had just stepped outside of a church for photos and a band was setting up at the GFAC Gallery.  It was here, that UM-Flint students, faculty, guests, friends, family and ArtWalk enthusiasts gathered to get a look at what the art, design, and art history students have been working on throughout the year. It was one event on a long list among others.  Looking down Saginaw street, people passed along the sidewalks, some dressed in their everyday clothes, others dressed in formal attire, all with places to go and things to see.  The wind blew them about, persuading them toward the gallery where something special was taking place.

Inside, people stood nearly shoulder to shoulder admiring the work, balancing their refreshments on small plates and hoping not to spill their drinks as they nudged their way through.  Their conversations merged and the space brimmed with a hum that increased in volume and movement as faculty members formed a line alongside of the lucky few who had claimed seats facing the stage.  It was no small feat to gain the attention of the crowd.  Many ArtWalk enthusiasts were unaware of this special night.  The faculty-formed border surrounding that space carved out for the Awards Ceremony to recognize Student Achievements and Juried Awards for the exhibition.  Those in the crowd who understood the significance of these

applauded and cheered as each award and name was announced.  Cellphones were raised from every angle to capture the elated smiles of the students who came forward.  The crowd was urged several times to quiet and the hum lowered to some degree, as the program continued, but among them, embedded in this throng, were students….students who had been sworn to secrecy!

“Why” you ask?  (Don’t deny it, I heard you.)  What happened next was something that had never happened before at the Annual Student Art Exhibition.  It’s purpose is to recognize students after all. But, this year was different.  This year a group of students and alumni got together, on their own, and decided it was time to recognize two faculty for continually going above and beyond to benefit the students.  It took numerous discussions, the tossing of numerous ideas back and forth until, they came up with something that expressed the heart-felt gratitude they have for these faculty members, Tim Kranz and Dr. Sarah Lippert. Each of them were presented with a Certificate of Award, in appreciation for their selfless dedication and commitment to the art students at the University of Michigan-Flint, given by the students of the Visual Arts Program.  In addition to this, Tim Kranz and Dr. Sarah Lippert now have Stars named after them.  Yes, there are now stars in the actual sky that now bear their names!  They were both presented with star certificates which bear the ‘coordinates’ of their stars in space, complete with their registry number and a star-chart for locating them.  These two faculty were then presented with journals in which students signed their names and wrote personal messages to describe the impact that Tim and Sarah have made indelibly upon their lives.

The evening of May 13th was a most memorable evening, filled with excitement, anticipation, and a blustery sensation that something different was in the air.  It was the annual high-point for students to showcase the best of their work and be recognized, but more than that, it was an opportunity for them to come together in one voice, to give something back….and what they said in that one voice was loud and clear.

They said, “Thank you, Tim Kranz and Dr. Lippert, for giving us your best.”

It’s finally here!  Our biggest art event of the year, The 2016 Annual Student Art Exhibition takes place May 13th at the GFAC Gallery. It is the culmination of our student’s best work spanning the courses of the Visual Arts & Communications program here at the University of Michigan-Flint.  Student work was chosen from each class by faculty and then once installed at the Greater Flint Art Council’s Gallery at 816 S. Saginaw St. in downtown Flint, by faculty, the exhibition was subject to a jurying process by Donovan Entrekin, Director of the Flint Institute of Arts – Art School.

The show begins at 6:00pm, and the Awards Ceremony will take place at 6:30pm, where awards will be presented to outstanding students in a number of categories.  It will be a night to remember!  Congratulations!!! 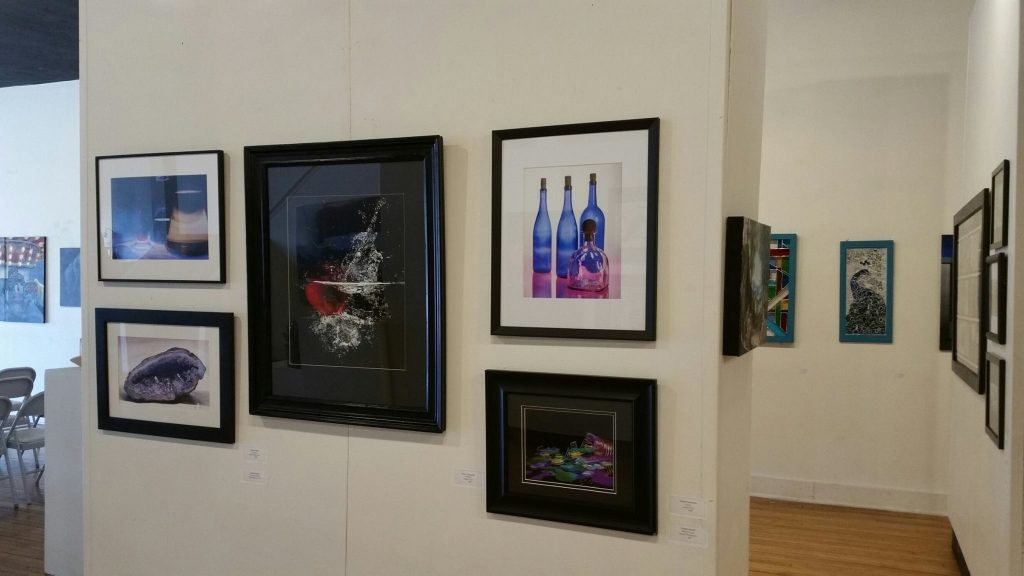 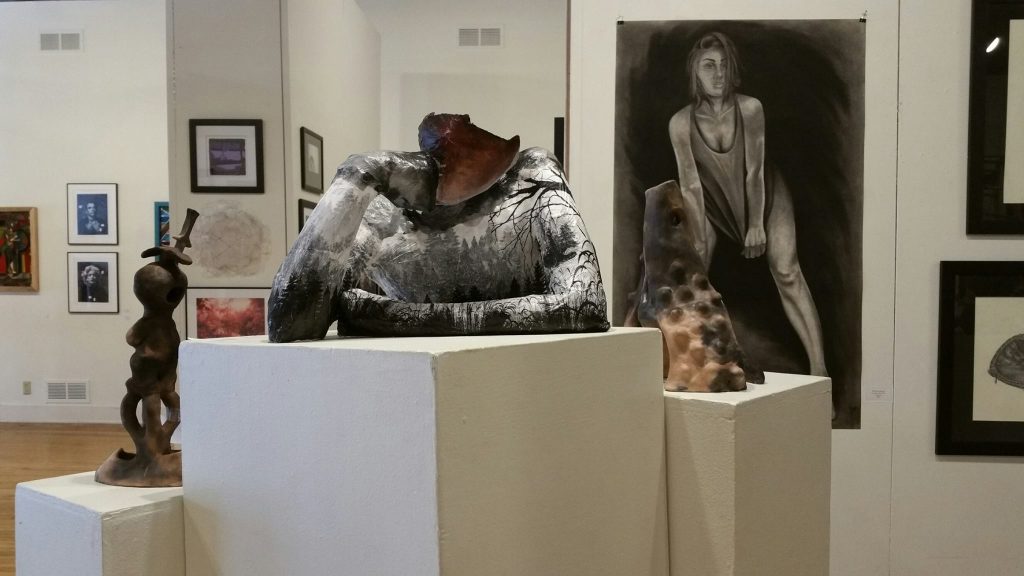 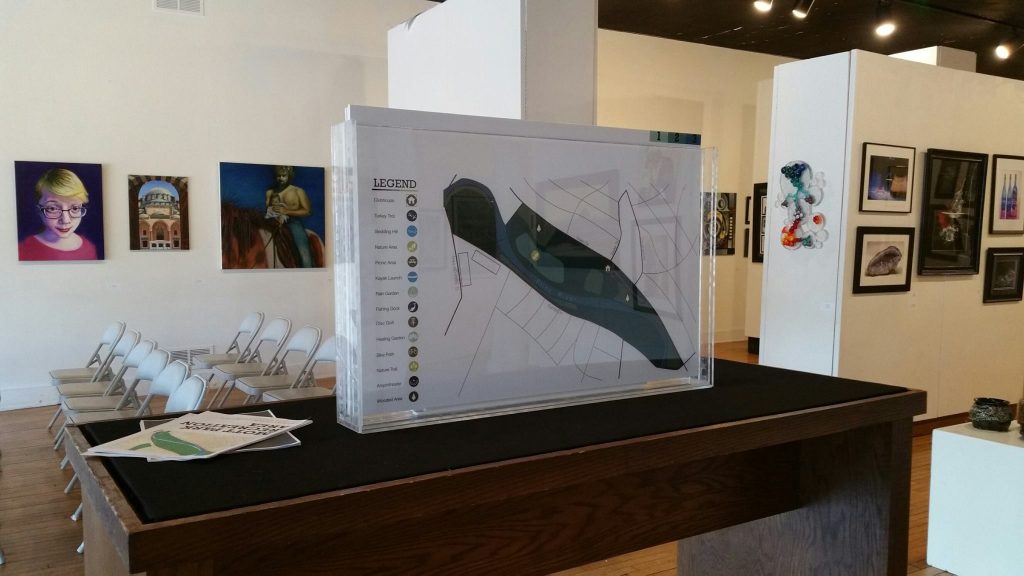 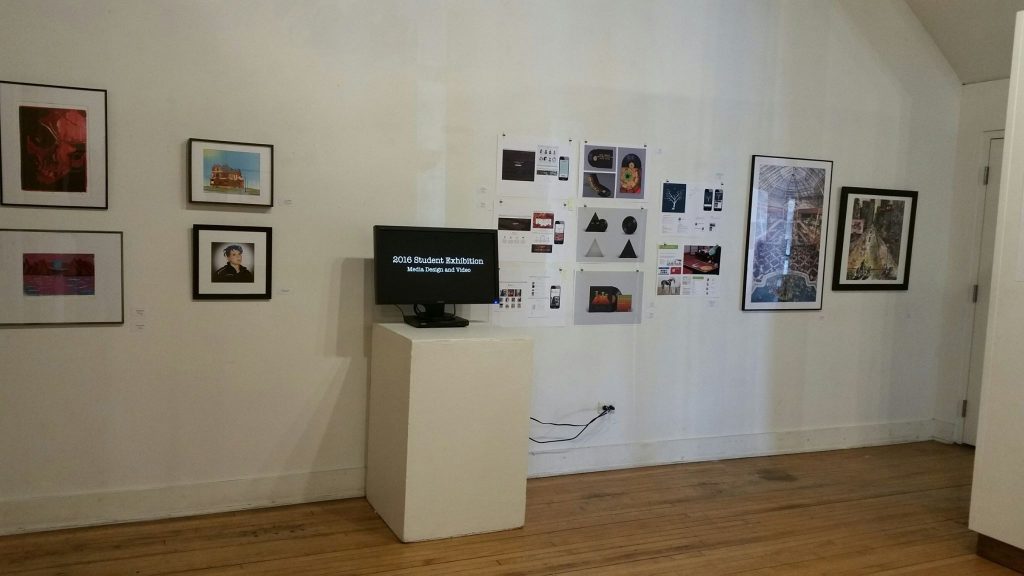 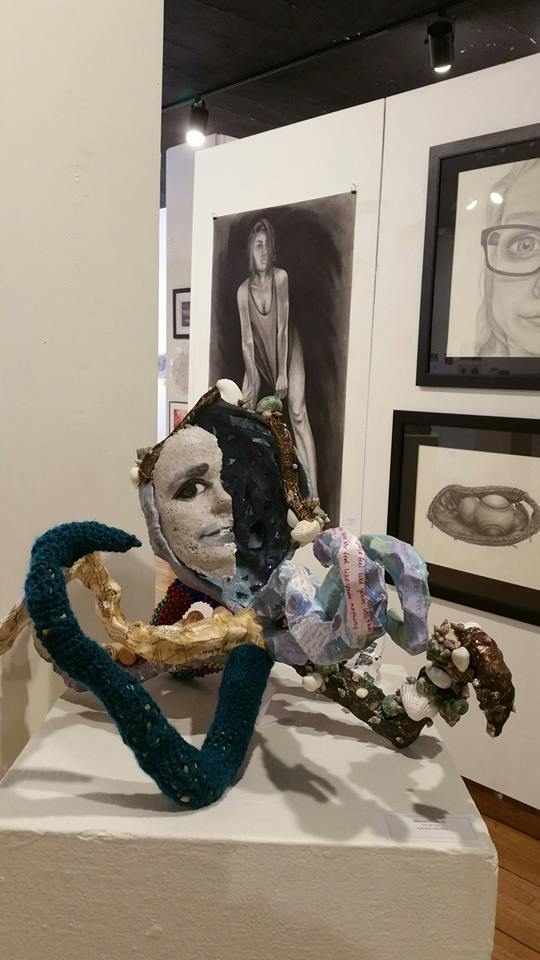 Congratulations to Sarah Ann Austin on her MFA Thesis Exhibition!
The University of Alabama Department of Art and Art History is pleased to announce Sarah Ann Austin’s MFA thesis exhibition, After Eighteen Forty Two – Works by Sarah Ann Austin, May 6-30, 2016, at Harrison Galleries in downtown Tuscaloosa. There will be a reception on First Friday, May 6, 6-9 p.m. The public is cordially invited to attend. Read this online: http://art.ua.edu/news/sarah-ann-austin-mfa-thesis-exhibition/
The exhibition will highlight Austin’s most recent investigations with cyanotype photograms, handmade paper and other alternative image-making practices.
Sarah Ann Austin teaches beginning darkroom photography, intermediate photography and advanced photography as a graduate assistant in the UA Department of Art and Art History. She received her BFA in photography from the University of Michigan. Two of Austin’s photographs were accepted into the 2015 SPE Combined Caucus Juried Exhibition at the Society of Photographic Education Conference, Ogden Museum of Southern Art in New Orleans, in March of 2015, juried by Deborah Willis and Carol McCusker. Austin received an SPESC Student Scholarship Award at the Regional Conference of the Society for Photographic Education in October 2014, where her photograph strung was also exhibited at the members’ exhibition. Her work was chosen for the 2015 Joyce Elaine Grant Photography Exhibition at Texas Woman’s University juried by April Watson, curator of photography at the Nelson-Atkins Museum of Art. More of her work is here.
Harrison Galleries is located at 2315 University Boulevard in downtown Tuscaloosa and is open Monday through Friday, 12 noon to 5:00 pm, and by appointment: (205) 464-0054.
The thesis exhibition is in partial fulfillment of the Master of Fine Arts degree in the Department of Art and Art History at The University of Alabama. For more information on our graduate programs, visit this link: http://art.ua.edu/academics/graduate-programs/art-requirements/.
Exhibition:   After Eighteen Forty Two – Works by Sarah Ann Austin – MFA Thesis Exhibition
Dates:            May 6-30, 2016
Where:          Harrison Galleries, 2315 University Boulevard, Tuscaloosa
Reception:   Friday, May 6, 6-9 p.m., Harrison Galleries (First Friday)
05/1/16

It has been a long tough climb to the top, to finally graduate!  You have come so far since you took your first course at the University of Michigan-Flint.  You have grown so much and now you are ready to step out into the world and make your mark! We wish you all of the Best in your future endeavors! The symposium takes place at the Flint Institute of Arts as a public event where guests may participate in asking questions about the topics after each presentation.  It is a unique opportunity to learn something new about the different aspects of art and to see what kinds of work and research are happening at the University of Michigan-Flint.

As part of the process for participating in the symposium, students answered a Call for Papers and submitted proposals in the form of Abstracts. Once chosen, the students are guided by faculty to develop presentations based on on scholarly research.

The students chosen for this year’s symposium are:

Emily Legleitner – Moku Hanga:  A Lost Art and Its Revival

Angela Whitlock – Tony Shafrazi and Guernica: How Museums Can Benefit From Acts of Vandalism and Prevent Future Incidents

Free and open to the public, light refreshments and door prizes. Bring your friends and family! Assistant Professor of Media Art, Joe Reinsel is busy working on his Artist-in-Residence project and has sent us mockups as a sneak peek.  He says:

Here is an update on my current project. I am working on a projection-mapped video work for the Little Italy Neighborhood in downtown Baltimore. I was chosen as one of the 5 artists in residence for the inaugural Light City Baltimore International Light Festival.

I will be making more updates as this project develops on my Facebook page: Please “like”, share and come to the event. When you do, tell me! It would be great to see you. -Joe

Alumni, Gale Glover has published her second book, “Activity & Coloring Book, a 3-in-1 story, activity and coloring book which works alongside her recently published book, “Reach Higher Ed.”  This supplement was beautifully illustrated by our own Rebecca Zeiss, instructor in photography, printmaking and painting.  The Activities portion of the book were designed by student, Sarah Clark, a senior in Visual Communications/Graphic Design.

Spread the word and let’s get these into classrooms to help young students to reach higher education!

Get the books now at:

Get the latest information and updates at: