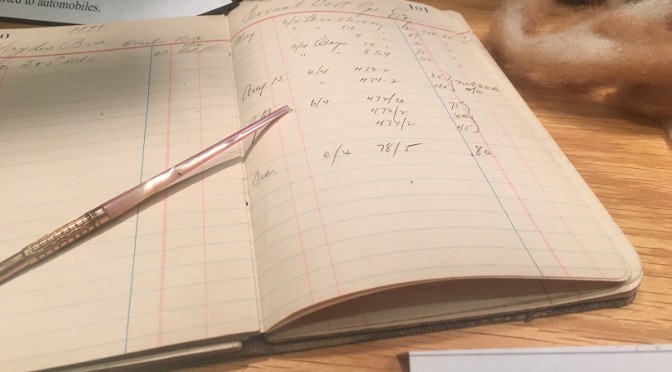 On January 2011,  ABC News reported that 41 out of 50 states had adopted the “Common Core State Standards for English.”

Why is this noteworthy?

For one thing, the new standards do NOT include instruction in cursive writing.  As a result of the standards, only printing will be taught henceforth in many states in the USA.  Some states have, however, opted to reinstate the newly abandoned art of writing within their curriculum, Massachusetts and California being notable among those states who will be keeping this skill for their students and their citizens.

Why include the antiquated form of writing in the age of keyboarding and thumb-texting?  There are several reason to consider including writing in the curriculum of today’s children.

One big reason has scientific backing; children who learn cursive learn better.  ABC News interviewed Anne Mangen about her work in the neuroscience of learning:

“Of course it’s important to know how to typewrite,” says associate professor Anne Mangen at the University of Stavanger’s Reading Centre. ”     Handwriting seems, based on empirical evidence from neuroscience, to play a larger role in the visual recognition and learning of letters.

‘This is something one should be aware of in an educational context,’ she stresses.

In other words, those who learn to write by hand learn better.”

“For this and other reasons, Kathleen Wright of Zaner-Bloser isn’t quite prepared to type out cursive’s obituary. Technology has been the bogey man before, after all.

‘I personally don’t see it going away,” she says.  ‘When the typewriter first came in, people asked ”is anyone going to write by hand any more?’

Jeanette Routhier, student and instructor at UM-Flint, has worked with the Genesee County Archive to assemble a few items from the collection that graphically drive home the problem with dropping cursive instruction for elementary school students.

Cursive writing has been the accepted “adult” form of writing for centuries, up to and including the recent decade.

Schools wish to eliminate every skill for which their students are not going to be tested, testing that evaluates the quality of education students receive and dictate funding for the future of those schools.

Cursive writing is not being tested.  Therefore, financial — and not need based — decisions have been made to drop cursive writing from the curriculum of the majority of elementary school students in our nation.

That will result in several serious problems for today’s children in the coming years.

For one — according to scientific studies — the learning skills of students without cursive writing will fall behind those who have this skill. But perhaps more frightening and of terrifying consequence is that tomorrow’s adults may no longer be able to read their own historical documents.

Please see Ms Routhier’s display in the cabinet outside the Genesee County Archives, Thompson Library Building, 2nd floor hallway (the hallway that leads to the tube connecting the Library to the Pavilion parking structure). While you look upon these historical documents of life in Flint from our past, consider the loss of the skill of writing, and  what its potential consequence to our citizenry may be.

Imagine a world where citizens of the United States of America could no longer read that famous document beginning with those ringing words — “We, the People …   “